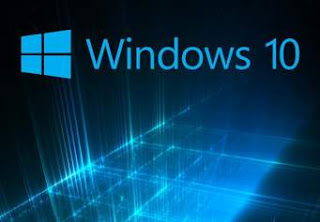 I am open to any advice you might have regarding switching to Win 10.  Well, not really switching.

Before I retired I bought a new computer.  Win 10 had just come out and the business owner switched the operating system on all computers. (His son had a degree in "computers" so it was a no brainer for him).  I, however, had a really hard time adjusting.  That was back in 2013.  I didn't even have a smart phone yet, let alone understand how apps worked.  When Microsoft no longer supported the version of Windows I had on my home computer, I bought a Win 7 OS.  Windows back then assured us they would support it into the early 2020s.

But here it is the end of 2019 and Microsoft says no support for Win 7 after mid January 2020.  So, I jumped in and bought a new tower. (I had bought Terry a Win 10 laptop a few years ago and just did not want to do all I do on line on a laptop.)  I get some kind of comfort visiting the web from my desktop on the desk in my sewing room.

So Windows told me to transfer all of the files I want to save to Drive One.  I pretty much did that, but just in case I also put them on my external hard drive.  My new computer was sitting there on the floor of my room...still in the box.  Sunday Terry was having a difficult day and slept most of the day so I thought this is a perfect time to hook up that new tower.  After disconnecting everything and switching it all to the new tower....what the heck.  The new one had no connection for a VGA plug.  Now what do I do?  I don't want to buy a new monitor.  Mine is a 22" and I LOVE it.  Finding a phone number for Microsoft was the next step.  Such a great guy told me I just needed an adapter.  OK, I love this guy.  He gave me the number of where to call on Monday when the HP store was open.  In the mean time I hooked my old tower back up and looked on line for an adapter....OMGosh how do you know what to buy?  So Monday I called the HP Store, got a part number and hopefully it is on it's way to me as I type.

So, if you have switched to WIN 10 and have a story to tell or a warning, PLEASE let me know so I will know what to watch out for.

Grateful:  Today I am grateful for Ibuprofen.
My Carpal Tunnel surgery was rescheduled to this coming Thursday.  I was told before the first scheduled day that I should discontinue taking Advil 10 days before surgery.  I did not realize what a great anti-inflammatory Advil IS.  I am feeling more aches and pains than I knew I had.  Tylenol is not reaching them. 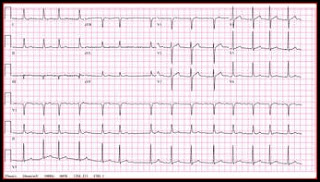 Terry went to have his cataract removed.  He was all ready and prepped to go when they called it quits and said he must go to the ER because his heart was in Atrial fibrillation. That was Tuesday.  He was hospitalized from Tuesday to Friday while the cardiologist tried to get his heart beat no normal or at the very least in the 90s.   But they sent him home with 3 new prescriptions and we have added another doctor to Terry's list of docs that care for one health issue or another.

An easy explanation for the condition is that your heart makes too many electric shocks.  The worry is that blood pools in the lower part of the heart which can lead to a clot and stroke. Apparently this must have been occurring intermittently since with all the doc appointments he has, no one has ever mentioned it. Now it is a permanent condition.

Terry has too many electric shocks occurring in his heart.  The day I brought him home, my car decided that it will not doing whatever it does electrically so I guess it will go in the shop. BUT, that can't occur for a few days because I have been called to jury duty.  I'll have to take a spare battery and a portable starter in my car so I don't get stranded.  I could ask for a deferment but our calendar is so full of medical appointments coming up I just figure to get it over with.

The cardio doc said Terry could have had the eye surgery, but the eye guy says he'll reschedule when the cardio doc gives Terry a release which will happen when he sees him again in November.

My best and favorite sewing machine is at the Sewing Machine Doctor.  It's been there 3 weeks now and I haven't had the energy to call to find out when it will be done.  Might as well stay there while I dole out money to fix the car.  In the meantime I have a little Brother machine that stitches well, but honestly sewing has been put aside for probably another week.

Harley (Terry's dog) was so NICE to me when Terry was away.  AND he lost weight which proves what I have been telling Terry....he gives the dogs too many treats and people food!!

I took yarn with me to the hospital so I have interest in using yarn I have accumulated and so far it has helped me in trying to break a habit of playing a game at night on my tablet.  I have been trying to spend less time playing and I'm pretty sure I am transferring my interest to crochet.  This makes me so happy!!

Another weird thing happened, but not weird in the way I recently posted about, with our trash can.  I heard the truck stop in front of my house, but when I went out to bring t back up to the house it was NO WHERE to be found.  I called the service to bring another can.  I asked if there was a way the can could have dropped into the truck when the operator dumped it.  The girl told me she had worked there a long time and never heard of it happening before.  If the can was stolen I would have to pay $50 to get a new one, but she waived the charge just in case it DID fall into the truck.

Grateful:  I am grateful I have Terry home.  I got a taste of what it would be like without him and I didn't like it...not one little bit.

How was YOUR week?   Did you do anything fun?
BTW, I read all of your posts while I was sitting with Terry, but no commenting  because my phone is a PITA.  I don't know how people do all their internet business using a phone.
xx, Carol