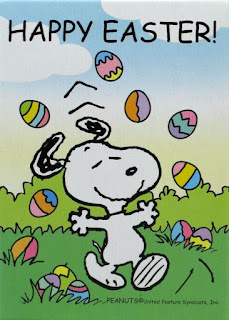 Today my friend Rose who blogs as Pics & Pieces posted a piece about her helpful neighbor.  It got me thinking about some of our best neighbors.  I think the one at the top of our list would be Ed.

We moved in our home in 1976.  Ed quickly came across the street to introduce himself and bring us a whirly-gig he had made from yarn and dowel rods.  We cherished it until the weather just killed it from old age. We were in our early 20s while Ed had just retired from the local newspaper.  Shortly after we moved in, Terry was laid off . One morning shortly before Easter we woke up to find a ham on the hood of our car.

Ed became like a grandfather to us.  He would come over and ask Terry for help or to fix this or that.  Ed would bring us a gift of some crafty item he had made or some tool he told Terry he knew he would never use again but Terry would, like post hole diggers..  We had his wooden butterflies on our fence for many years until they also died a weathered death. Ed's wife Bonnie would bring us her specially decorated Santa cookies at Christmas.  Laurie would be sure to take them a piece of birthday cake when we celebrated birthdays including her dog's birthday.  They loved that.

We kind of resented Ed and Bonnie's son.  He was Terry's age and we hardly ever saw him come to see or help his dad.

When Ed died, he left a little monetary gift to us. We felt honored that he loved us that much, as we loved him.  He left the house to his son and his pride and joy his Model T Ford that Ed always drove in the local parade and their Air Stream travel trailer.  Soon the son and his wife moved in the house.  Sold the Model T Ford and the Air Stream RV.  He also came over and asked Terry to give him back the post hole diggers. On principle, Terry refused.

We miss seeing Ed and Bonnie across the street and our visits to pass a bit of time.  Needless to say we don't interact much with his son except for a friendly wave.  We DID take their trash can back up to their house when the son was in the hospital because that's what neighbors do.

I think we are good neighbors that are willing to help.  That is the Spirit of America, don't you think?

Grateful:  Today I am grateful that Terry and I have remained the good neighbors that we were taught to be.

Do you have a neighbor that is special to you?  I hope so.

A very nice post for a lovely Easter/ Spring weekend. I enjoyed it , Carol!

Many over the years as an apartment dweller in Chicago. We adopted them or they adopted us. when I was younger mom met some of our longest standing friends through me, cause that is what kids do, bring/go to random people and make insta-freinds & several of my longest standing friends were met the same way through my kids.
There were the neighbors who would bring you their leftovers, because you were single, busy, poor and appreciated the free home made food. Which I then reciprocated with several of my single neighbors through the years, because with kids, you just never know if they are going to be hungry today.
Our neighbors now mostly keep to themselves, though we all have a neighborhood FB page where we keep each other apprised of the goings on up and down our 2 mi long
cull-du-sac. That's how we got a ride down to the shops when our car died in the snow storm and we all got together for a "desert social block party" last summer. then there was the ding-dong-ditchers wearing dino heads which was captured on one neighbors doorbell camera. which was funnier than we expected.
we are all friendly enough that a 5 minute walk to the mail-condo can turn into an hour long conversation!

This is such a good read! And I must say good for Terry on keeping the posthole diggers. I would probably have given them back and resented the heck out of it. And I bet he kept them as a remembrance of Ed...not so much because he needed them or didn't want to buy any.

We have had some wonderful neighbors over the years. and we have tried to be good neighbors. One year, the man that lived where Tom that fixed our mower lives was older and had health problems. He came over and told me I could use his snow blower if I would do his sidewalks...and I swear I have thought about it since, he must have known us well...he told me he didn't care if I did these other neighbors either. Which was exactly what I wanted because they were women older than I am now.

The old lady that lived next door to me had Sarah come stay with her most morns while I took Rachel to kindergarten. I had always called to see if she needed to go to the store when I was going. And I think of her so often...

What a wonderful post. It has me thinking now too. I do remember after my husband passed my neighbor's boyfriend (he didn't live with her) would take my trash cans down or bring them up when I missed. I was so thankful I cried. This was a job my husband did, and I was overwhelmed doing everything and trying to remember when everything needed to be done. Now we (I just remarried) do this for our neighbors.

The "spirit of America" ........how much I see it disappearing with people who seem to not care anymore. We have no neighbors now out here because we live 30 miles out from town. But when we lived in town, a little lady named Rose would sit out on her front porch almost all day.....every day. She would call out to me when I would be piddling in my flower beds and I would walk over for a small chat. She was such a sweet lady.
We moved out to the country aways from a scary neighborhood and a growling city street.
Our lives at the moment, are quiet and peaceful. I dread the day when we get too old to stay out here and will have to move into town............I hope that will not happen.

Loved your story! We keep an eye out for our neighbors and take care of the snowblowing on our street. A lot of our neighbors have changed. Newer families. We have seen a lot in 29 years here. 😊 Kit

What wonderful memories you built with Ed and his wife (and dog!). When Paul and I were traveling full time in the fifth wheel, we found that traditional America is still out there in all the small towns and RV parks along the road. There are neighborhoods where it doesn't exist in the city, but out in the small places, everyone depends on their neighbors.

Wonderful to have people you can count on! It takes more effort these days to get to know neighbors with so many people moving around, but a neighborhood that acts as a community is a blessing. :)

Feedbitz doesn't seem to have sent me this post so I will subscribe again...I grew up with neighbours who were virtually family to us and Ed and Bonnie remind me of them. Our neighbours now are friendly but we don't see them very much. I feel that, in general, we don't have the community spirit we used to have, which is a shame.

Ed and Bonnie were great neighbors, thanks for sharing your story.
And Happy (late) Easter to you and your family.

I moved here in 1976 too. I've had some wonderful neighbors and they showed such compassion and neighborliness when we have had floods. Everyone really helps each other at such times. Right now my neighbors on either side of me are so nice, I couldn't ask for better ones. I'm very fortunate.