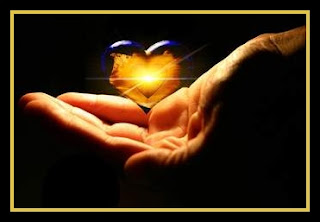 I wasn't going to post about this, but a thread keeps going through my mind when I try to go to sleep.  I keep thinking what I would write on my blog to honor Marcella.

I could give a tribute.  Tell everyone what she did that gave me such a close bond to her.  But that is REALLY personal. A time in my life that I choose not to share my thoughts about with ANYONE.

My Sister-in-law Marcella lost her battle a little over a week ago. She lost her husband several years ago.  He had a heart attack while snow blowing.  She was lonely after he died.  Shortly after he passed, her daughter  Sara was diagnosed with breast cancer. Sara went through treatment twice and after about two years she was cancer free.  During that time Marcella had pain in her breast.  She ignored it, still in depression of being a widow.  Then she felt a lump under her arm and decided to see a doctor.  Her fears were confirmed, but she did not want to undergo treatment.  She had seen what her daughter went through and just did not care about her own disease.  She was lonely. She told her sister about the positive test.  The news spread in the family.  Brothers, sisters, children and grandchildren urged her to have surgery and treatment. By the time the surgery was scheduled and treatment began, the cancer had spread.  More lumps and tumors that eventually moved to her lungs, liver and brain.  The treatment took a tremendous toll on her body.  I cannot tell you how difficult her side effects were. So much so that when she passed her grandson spoke the words we were all thinking...we should have let her go so she would not have gone through this ordeal for naught.  She underwent treatment for a couple of years until the doctors told her they could not contain the cancerous cells any longer. She passed just a couple of weeks after treatment stopped.

Her funeral was a week after she passed so that her grandchildren could gather from other places in the country.  That was good because it gave everyone time to get used to the idea of not being able to speak with her everyday.  That said, the one day viewing took a tremendous toll on those close to her.  Marcella was truly a person that no one would ever have a bad word or thought for. I still think of her the last time I saw her sitting at her kitchen table joking with Terry and telling him "you're crazy" after he said something that made her laugh.  He did that and she said that a lot.
Posted by Carol- Beads and Birds at 9:53 AM 24 comments 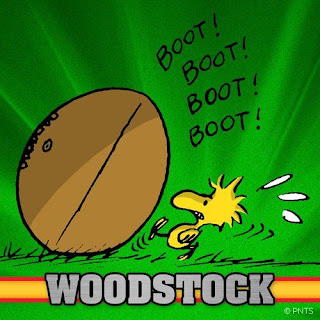 Remember when as soon as the New Year came bloggers would post an "inspiration" or "focus"  word for the year?  I did that too.  But then by the time February rolled around, just like resolutions,  those words were long forgotten.
I haven't seen many posts about a WORD this year. That  got me to thinking about the whole WORD concept.

Since January kind of kicked my butt, I have been thinking of February as the beginning of the new year for me.  I got to thinking about why resolutions and WORDS didn't work so great for me.  Then I realized that the real key is that I need to break habits that keep me from doing what I really want to spend time doing. For a while now that has been sewing and reading. I won't tell you what the habits I want to break ARE.  But I have already started the process and I am really happy so far with the results.  I read that if you do something for 21 days it becomes a habit.  I hope that's true of breaking old ones too.

Grateful: Today I am grateful for thread. It's what keeps our pieces together both materially and intangibly.

Tell me something you have been thinking of doing, but have not yet done.
xx, Carol 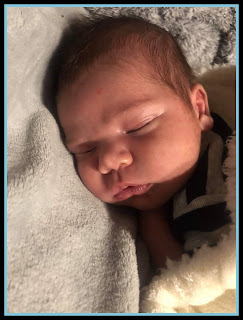 Corey DeLater Jr:
This is my new great grandson, named for his father Corey. The kids were visiting here from Halloween to right after Christmas.  They left a couple of times to travel to Florida where Alyssa's family is and to take care of their business there.

When they left for home, the baby was due in a little less than a month. It is a 30 hour drive from our house to where they stay.  We were on pins and needles until they got home because they headed right into the first snow storm that hit here.  They travel in a 5th wheel so they could stop whenever they needed to.  It took them 5 days to get home.

We were so relieved when little Corey was born healthy and happy.  I already know I'll call him Corey J. (J for jr.)

Max:
I already introduced you to Max.  He is turning out to be a great little dog.  HOWEVER, Harley did have a bit of a time adjusting to the attention Max gets, but it's all good now except that Harley is teaching Max all of his bad habits, and Max is teaching Harley the ones Max already knew.

One thing Max taught Harley is that it's OK..NOT...to climb on the table.  Well my sewing machine is now on the dining room table.  When we left the house the other day, I cleared the table except for my machine.  I put the foot pedal in my sewing room and didn't think they would mess with the cord which on the table next to the machine.  Well I was wrong and that darned Harley destroyed it.  Which leads to the NEXT January issue.

Terry has a recliner that has a motor that lifts the leg rest.  The motor died with the leg rest raised.  A replacement motor is $150.  He thinks he can fix it with parts he has in his back garage but it's been too cold to go out there.  I switched places with it and another recliner we have.  I told him not to bother fixing it because I will buy a new one in the spring.  BUT, he tried the electric cord from it on my sewing machine and VUWLAH....Sewing machine is fixed.

I was AWOL from the internet for a little while.  It seems that Microsoft wants my Win 7 to be Win 10.  I had downloaded a file to deny that update as MS is trying to do it without permission.  But some issue happened in my last episode so off to the shop it went and it's all good now.

Terry's sister that has been battling cancer for the last 3 years is losing the battle.  The docs told her they cannot control it any longer.  She is now under the care of a Hospice Doctor.

His brother's daughter who is about 50 fell and injured her back.  A few days later her leg swelled with a terrible infection...not related to the fall.  She has been in the hospital for a week with the back injury, the infected leg, fluid around her lungs, Pneumonia and now an MRI showed spots on her lungs and liver.  No diagnoses on them yet so we are keeping faith there is no cancer involved.

Grateful:
I am grateful for oh so many things.  In particular right at this very moment I am grateful that we have not let all these issues get us down.

I really just needed to make this post to put January and all it's issues behind us.
Posted by Carol- Beads and Birds at 1:20 PM 13 comments 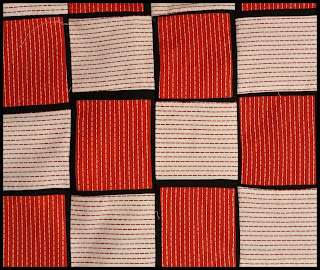 The Endeavourers theme for the first project for 2019 was texture.  I have seen basket weave designs created using fabric and I wanted to give it a try.  This piece is stitched in rows using 4-1/2" squares with a row of 1/4" black sewn along two sides. The squares are then stitched in an alternating pattern.    Each square and strip were the correct size.  I sure thought my seams were stitched to the correct width.  This piece looks more wonky in this picture than it really is.
Posted by Carol- Beads and Birds at 11:56 PM 7 comments