Still Stinging From The Blow 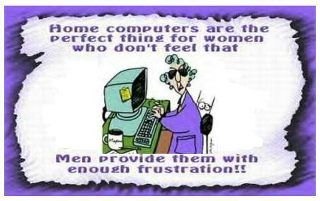 No.  No one hit me physically.  But I think Windows did me in.  What ELSE could it have been?  When you go to bed and your computer works fine. But wait.  Here's the story.

I saw a little pop-up message in the lower corner of my computer screen that informed me that Windows had a update and my computer would need to be restarted after it was installed.  I clicked "later" or whatever the "not now" option was. 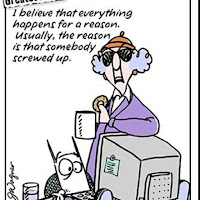 The next day when I woke up the sign-in screen was on my monitor, so I signed in thinking the update had been done.  Off I went to get a cup of coffee and when I came back my mouse was dead, or so I thought.  My "before I have a cup of coffee brain" told me to traipse down to Wally World to get a new mouse.  One hour later I returned (mouse and Rib Eye Steak in hand) only to find the mouse would not work.  **!!$$#@#$^&     later, I determined that my computer was getting locked in the Start Up process.  Windows told me to access Start Up Repair.  The next notice said it could not be repaired.  Then a window told me to I could Recover to a date prior to the last update.  It gave me two choices.  Both told me "Nope" it could not recover because the last update had been removed in the repair process.  I thought "WHAT" in my Amber Ruffin voice.  Another choice was to perform a system restore back to factory settings or whatever...it meant every single thing gone..poof...see the smoke rising?  oh well, I did.   BUT  I do back up to an external hard drive.  In all that bugging around when my Start Was Stuck, it would not read the external drive.  Fingers, legs and toes crossed I plugged it in and Vwallah there it was.  An Updating I did go.  Not real sure of what I was doing I clicked on COPY somewhere and that's a whole NUTHER story. Honestly I spent about the entire day getting apps loaded and settings adjusted and stuff moved around to a cloud where I HOPE it's safe.  Don't forget the breaks I took when I periodically broke out in a cold sweat.  This all was totally interrupting the sewing time I had planned.  The final tweaking was finally done 3 days later because at times I could not STAND to look computer files one more minute.

Though I have diligently backed up my computer to an external hard drive, I have tweaked settings through Windows as well.

Grateful:  Today I am grateful that I know just enough about computers to be dangerous. BUT I am truly dreading when I have to buy a new computer with a Win 10 OS.  Maybe I should get a Chromebook. 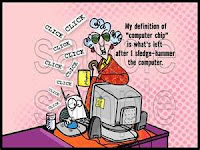 I have a scary computer issue too. I have a Mac and last Saturday Safari just disappeared. I did some online reasearch on my iPad and it seems I need to delete the whole operating system and trust that I can download it all back, including safari, by wifi. The closest Apple store is an all day trip there and back by train, so not practical. I'm afraid to try to delete it and trust I can get it back, but with no browser I haven't been able to use my computer for over a week! aaaagh!

Eeek! and Arrrgh! Been there! Not quite the same, but pretty much! Glad you sorted it in the end! It's so frustrating, isn't it!
You saying Windows 10 ..... that's what I had to change to about three or four months ago and I'm only just getting back to normal on commenting! I found out the hard way that if you have to use Chrome to publish your blog post you will also have to comment using Chrome, which means if you are signed up to emails advising you when your blogging friends have a blog post it is yet another step to go to Chrome to then comment on said blogs!!!! Grrrr, indeed!
Hugs,
Barbara xxx

Ahh the joys of technology. Honestly our lives were so much easier before it!

Oh no!! Wow I am impressed. You were great getting it back up and running. I hate it when my computer freaks out! It is my lifeline to the outside world...lol May you have a wonderful Christmas! Kit

I feel for you. We have been having computer woes too and they all seem to happen with the updates. My desktop is currently at the computer shop getting sorted out again! Glad you were able to get yours sorted. My theory is they force you to buy newer computers. At some point I will just say NO and go without although that will be very hard to do. Sometimes needs must and all that.

YES! Back our sh#* up! OMG I don't know how many times my hubs says this to co-workers But it's enough to have filtered down to me.
Though every time he wants to "fiddle" around my machine I shudder a bit, cause I know it's going to take longer than an "hour or so". looks like It's time to sew because I won't be doing anything else for a while!

uh oh. I don't back up. I also know just enough to be dangerous. And I certainly know the horrid frustration of these contraptions. My go-to remedy is to force a shut down. That's right-turn the blasted thing off the wrong way. Works every time. It will start up normally when I push the button, and I have never lost any data. In fact, I just had to do it! No kidding. I have Foxfire, and every now and then it gets a weird glitch and the cursor won't respond correctly. I know it will fix itself if I just shut it down. I think my computer wizard son had to show me this years ago, or I never would have dared to try it. He works in the computer field for goodness sakes, so he knows!
Any how-I sympathize with you whole heartedly-and I'm very glad you're back on line! Merry Christmas my friend!

Hi Carol oh dear this all sounded very scary my friend,i am glad you knew enough to get it sorted,these updates can cause lots of different changes to your computer. Merry Xmas Carol xx

I LOVE the cartoon!! Sorry about the crazy problems with the computer. Honestly, I know two things about our computer...how to post on my blog and how to use email. :) Hope you get it all figured out, and have a Merry Christmas!

Oh wow - sounds like a awful time! I live in fear of my computer doing something weird because I wouldn't have the faintest clue of what to do to fix it. Glad you were able to figure it out. Merry Christmas!

Sympathies you had to deal with all that. Updates are scary.

I'll bet the dogs stayed out of your way that day, surely they could see the smoke coming out of your ears. Hope it is all fixed now and it stays fixed. Merry Christmas.

Oh no, Carol! Computers are supposed to enhance our lives, but nothing is made easier as they continually act up. Spending an entire day trying to fix things is crazy! However, you have lots of company. Thanks for sharing (commiserating?!)

Wow, I am so glad I have my Ipad. I’m thinking of getting a Mac. I don’t like windows updating all the time and any time they choose. Everyone I know is complaining about the time consuming updates when they are trying to get a job done.

So glad you were able to get everything back but you will have to update to Win10 soon as they will be ending security updates on Win7 soon.

I just cringe reading this! Absolutely cringe. I came to wish you Merry Christmas.. almost did an email but am on phone and had done seen you had a new post. And I am on phone so hate to see what kind of email you would get...

Computers make me feel plain old stupid. Have a great 2019

OMG, I get the heebie jeebies just thinking about computer problems. Thankfully, my 10-year old iMac is doing fine, although I back it up to an external drive periodically. It’s so old by computer standards that it can’t be updated any longer. It always ticks me off that “they” want us to upgrade and spend more $$$.

So, okay, I DID laugh. I had to read it to my son, too. You were very amusing in the telling, but I feel great sympathy for you. I've not messed with windows since about Windows 95, and I haven't missed it. LOL My husband switched to a Linux OS and I switched to Mac. Haven't regretted it for a day, but that doesn't mean that you can't have issues with a new Mac OS version. I do remember having help each time we upgraded until he switched to Linux, though! I'm glad you got it all worked out. I'm still learning trust for the cloud!

Oh, you had me laughing........but how I dread computer problems!
Wishing you a blessed and happy New Year!

Oh my goodness. I am at a loss when my computer acts up! Wishing you a blessed and happy New Year!

Those updates are never worth it. It working fine, so why do the computer companies think we need an update? I'm so sorry you had this happen to you. At least you could fix it, unlike me, I would have been totally lost. Now back to your regularly scheduled sewing. That will make you feel better.

It’s the pits when our technology changes, fails, or otherwise farts. You have my sympathy completely. Even if one knows how to make sense if it all, it’s still a huge flush of good time spent in the fix. Hoping 2019 is much easier on you.

Your cartoon pictures made me smile but your computer issues sound like a nightmare! I hope it's all working properly now. I've subscribed to your posts by email because I seem to keep missing them in bloglovin. I hope you had a good Christmas and Happy New Year and I'm looking forward to following you in 2019 :)

I hope your computer problems are settled soon. You are missed.