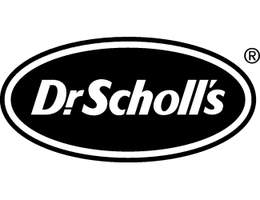 I know that you recognize this Logo. But this is not a story about shoes.  Let me back up a bit.

My best friend in my adult life was more than 20 years older than me.  She used to tell me stories about how this are was when she was little.  I was really interested in hearing about riding on dirt roads that lead from Elkhart Indiana to South Bend.  I have always loved knowing about the history of this area including the Indians that camped along the St. Joseph River and the ambitious men that built this area east of Chicago into a manufacturing hub.

I was raised in Michigan City located on Lake Michigan just east of Gary.  My father worked at US Steel South Chicago Works and commuted to work each day on the South Shore Railroad.  My aunt and uncle owned a home on US 421 just off the Michigan City Toll Road exit.  The front of their home was a restaurant with a HUGE dining room and lunch counter.  The kitchen was their personal kitchen.  You could do things like that back then.  I remember when the toll road was BUILT.  My brother worked at the construction site. That brought the restaurant a lot more business.  One of her customers was Dr. Scholl.

Dr. Scholl was born on a dairy farm in Laporte County Indiana.  He invented arch supports for shoes and advertised himself right into a major company.  The company headquarters was built in Chicago.  He bought a mansion on Lake Michigan in the little "town" of Long Beach.  He visited my aunt's restaurant often.  She mentioned to him that the daily work of the restaurant was becoming too much and she was thinking of closing it and moving into town and opening a catering service.  Dr. Scholl offered her a job of house keeping for his mansion on the lake.  She jumped at the chance because she would be well paid to visit the mansion once a week to do light house cleaning.  Since he didn't live there and visited sporadically it really involved dusting and vacuuming.  The other part of her job was to cater any dinner parties he might have while he was at the lake.

I remember visiting the mansion with her.  I played at the beach while she did her tasks.  I remember being in awe of the bathroom faucets that were gold.  There was what I called the African room that was totally decorated with African masks, animal heads and other art.  There was a HUGE bathroom/dressing area as you came into the home from the beach with several sink areas and changing rooms.  There was an exercise room down there too.  The kitchen was the most amazing one I had ever seen, the kind you might imagine seeing in magazines now.  Very State of the Art.  That is all I remember about the house, but I'm sure I saw most of it.

Al Capone had a mansion in Long Beach too, but his was not on the lake side of the road that runs along the lake shore.  His was surrounded by a tall iron fence.  I never saw the inside of HIS retreat, lol.

My other aunt worked at Arno Tape, which made adhesives for Dr. Scholl products.

I go back home pretty often since it's only about a 25 minute drive.  Of course the town has changed so much it's almost sad to go there.  There is a Casino, an Outlet Mall and a nice antique shop.  If you don't live in Michigan City you have to pay to go to the park at the lake.  So I am just lost in my thoughts about going to the amusement park that was there, visiting the zoo, spending every single minute I could at the beach and of course parking at the Lover's Lane called Fedder's Alley.

I love local history and lore. Is there something really interesting about the town where you were raised?

Grateful:  to still have my memory.

What a wonderful story! I love it! I have never been to that part of the country so I appreciate little tid bits about them. Hope your upcoming week is a good one. :) Kit

Hi Carol,boy what an interesting book,i really enjoyed this post,i love history too.The town i grew up in has changed a lot its grown so big,but i dont remember any stories or exciting things happening in it while growing up,thankyou for sharing your story,my friend xx

What an interesting and informative post!!! Really fun to hear all of this!!! My BFF who passed this last summer lived in Michigan City......I've been there a few times...once to visit her for about 10 min. and I stayed with another friend (along with 2 others) for a weekend on the beach. Nice area. We had a great meal downtown one year and the last time ate at a place on the water...don't remember the name but I'm sure it's on my blog. HA

A thing to rejoice in, we have our aging memories! Sometimes they are more vivid than what happened yesterday. Lol. Local history often goes unappreciated. Your story is wonderful! I can't boast any celebrities where I was raised, but I'm sure there are some. The thing I remember most about my hometown is how it came into it's own with the advent of the Erie Railroad. The sound of those steam engines puffing along are wholly responsible for town and area growth.

Your memories and the interesting details are fascinating! You've given me some ideas of stories I need to share with my grandchildren. The railroads had such importance until around the 1950's when so many small towns began to die because of the interstate highways and increasing number of people who traveled long distance by car. My parents both grew up in small towns that were railroad towns. Thanks for a great post, Carol. :)

I loved reading about your local history. It was very interesting. I have moved so often in my lifetime that I don't have one particular place to call home. Thanks for sharing a bit about your town.

Enjoyed your memory. Sometime I find my self visiting
there more than staying in the present. Hhmmmm
That may not be a good thing. I don't get much done.
You and yours have a very Merry Christmas

I’ve lived in many places but spent most of my growing up years that I can gather memories from, in El Cajon, California. I remember driving down a big hill to get from San Diego to the new town. We drove past an old ranch with an abandoned stone house. Later this ranch became our big mall which although I was sad to see the ranch house disappear, it was nice to have some decent shopping available locally. Gradually the city got more and more developed. I don’t even care to go see it anymore. They didn’t do a good job and the city looks dilapidated. My dad told me when he was a kid people farmed lima beans out in the area because they could stand the dry summers. They were long gone by the time I moved there. We thought we were moving to the back of beyond lol.

Well that was super interesting! I enjoyed reading that :-)

Fun story and interesting too. Thanks for the memory share.

This was so much fun to read! I felt like I was seeing what you saw...It is sad to see things change though. I hope you have a wonderful Christmas and New Year!!

Love the history of your post! Wishing you a very merry Christmas and a blessed new year!

I did enjoy reading this...I grew up in the country...on a farm....I read this the other day and I simply cannot think of a story to share about a nearby town.

Wanted to wish you a Merry Christmas!

My memory isn't about anything except my Dr Scholls' wooden shoes with a heel. I've loved them for so long! There is no description for the comfort and fit! They were my "go to" shoes for years. I fell , damaging both knees requiring TKR. My shoes are in a special place and I've requested when I'm gone all I want to take with me are my Dr Scholls shoes!