Not a Fun Adventure 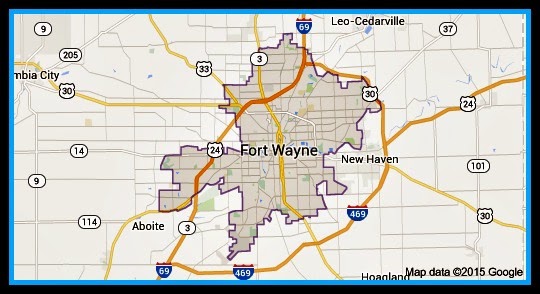 The day started off pretty well.  We were off to Ft. Wayne for  Terry's appointment with a neurologist at the VA Hospital.  We hoped that we could find the cause of Terry's headaches there, after numerous visits to a local neurologist with no results. Terry also had an appointment with a podiatrist.  Our local VA clinic and the VA Hospital in Ft. Wayne are excellent.

We have been to Ft. Wayne many times over the years to shop or to visit the excellent zoo there.  It's a nice place to spend the day.  Our plan was to stop for a nice dinner when we left the VA. We got to Ft. Wayne a little early.  Since we were having dinner out, I didn't want to spend much on breakfast or have fast food.  You know you are getting old when you think to stop at a hospital cafeteria to eat. But that's what we did.  There is a hospital near the VA so we stopped for biscuits and gravy.  Two excellent breakfasts for under $5.  Very leisurely and quiet.

We got in for Terry's first appointment a little early and the doctor took a lot of time to explain to Terry that his headaches are migraine and probably being caused by taking short term over the counter meds for relief.  Basically the headaches are returning repeatedly  when the meds wear off and return with more force.  The doctor's explanation made sense for Terry's situation.  He took some meds away and added others.  He gave us a list of foods for Terry to avoid that can bring on a headache. We'll try his plan for a few months to see if it makes a difference.  We got more information from him that we got from any other doctor including our family doctor whom I LOVE and trust.

The doctor also ordered an MRI of Terry's brain.  All of the issues Terry has are on the left side.  The headaches, a nerve issue in his left arm and a slight loss of mobility in his left leg.  Terry had a TIA about 4 years ago and may have had another small one that Terry kept to himself.  I can't tell you how scary for me that is...his silence. He has had RA issues over the years and fears that he will become a burden and does not complain when he doesn't feel well.  I have a lot of things I say to him about that, but I won't go into.  If you know me at all, you know how devoted I am to him.  So we are going back for that and another x-ray on his feet.  He will get orthopedic shoes and a leg brace for his left leg.

Other things were going on back home, so we decided to forgo dinner out so we could take my youngest grandson to the eye doctor.

We don't usually go too far from home. Terry used to be a truck driver so I have always depended on him to get us where we are going.  Well, make a longer story short, we got on the wrong highway and had a "Two Hour Tour".  I am going to have to be the one watching for road signs now LOL.

Today we are staying home and I will be sewing...Yay!
Posted by Carol- Beads and Birds at 12:29 PM

Sorry about your day yesterday, but in trying to keep a positive spin on things, it gives you lots to share with your new journal! Hope today goes better, and yay for sewing! Sounds therapeutic to spend time being creative. :)

Yikes, one of those nerve wracking days. I'm glad to hear that Terry is getting some help. Constant headaches can become debilitating. Hope the new regime helps. Sometimes its just so darn hard to realize that our bodies are betraying us -- and even more difficult to tell our loved ones exactly how we feel -- but keep after him, I'm sure he knows its because you love him so much.

I hope your husband gets some relief from headaches, etc.

I hope a day stitching helps relieve some of the stress for you.

I know too well what it is to worry about our beloved....Sad to hear they cannot find what it is that is causing him migraines..it is always hard this waiting game...my escape is to sew or wind bobbins..it does help...

Carol, I can relate to some of the things you are going through. I don't have a journal as such, but I have a date calendar with extra pages where I write my thoughts and things that I notice when I visit the nursing home. We have been married 51 years so I can read facial expressions to know when he is trying to hide something from me. It bother you though. I have taken the wrong road especially when I have gone somewhere I haven't been before. My hand embroidery is my stress reliever to help keep my sanity. We do worry or at least I do. Sending you hugs and Prayers from Shirley@shirleystitches

Sounds like a dismal time. I go with my husband to the VA. Here in California it's not such a drive but it was when we lived in Arizona! I didn't like it when I had to be the one driving but I guess we have to sometimes.

Don't discount a food sensitivity for the headaches. A lot of doctors poopooh that idea but my daughter gets horrible migraines from yeast and that is now in most prepared foods! I was getting bad headaches for years and they were getting worse so I started a food diary to see if yeast or something was my problem and to my surprise, it was! Once I cancelled out soy including oil and soy lecithin (soy is in most foods and even the ibuprofen I was taking to get rid of the headaches) the headaches went away. They only come back when I eat something wrong now like English muffins that had DATEM in the which turns out is usually a soy based modified fat! Many foods can cause sensitivities including and especially soy, yeast and wheat.

I hope your husband finds the source of his headaches as life is miserable with them!

Was your grandson's eye okay?

So hoping that Terry gets relief and starts to feel better. Hopefully the new medication regime will be the answer. As for the two hour 'detour' - we do that all the time and in our household it's called taking the scenic route!

I can relate to Terry not wanting to become a burden. I hope he finds some answers soon and get rid of those headaches. There are certain diet sodas that give me headaches...so you just never know the source or may be surprised at what you find to be the cause.
xo,
Deb

So sorry that Terry has not been feeling well, and I hope his issues are resolved very soon. I think you will really enjoy journaling. It is a wonderful way to clear your heart and your head. I started journaling about 3 years ago and discovered it was very therapeutic. Best wishes to you both!

When someone you love is ill one of the hardest things to deal with is when they keep it secret. You completely have my understanding and sympathy there. I hope you can encourage Terry to talk to you more and know it's ok to do so. Really, REALLY tough though. I hope that the latest tests help to pinpoint the cause of Terry's problems - especially the migraines, which I know are a nightmare. I've suffered with them for years - blessedly infrequently of late - and they take days from me every time they hit. Vile things. Thinking of you both today and wishing you sunshine and lovely things. Hugs from Shroo:)xxx

oh dear. Life is so tough sometimes.
Your love is inspiring & a joy to read. Your fella is a lucky man ;>]

Hope the Dr. Gets him straighten out soon