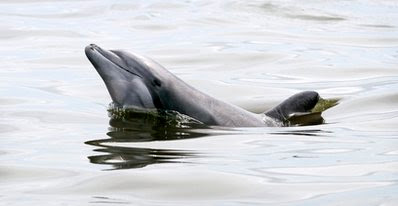 Every morning when I open my computer to my Yahoo home page, the news of the day greets me.  This morning the first story and picture was this. I don't know how long this link will last since its a news story, but in case its gone when you read this, the story is about the hoards of birds and marine life that are streaming to the shallower shore waters.  Its an indication that there life space has been tainted so they are looking for clean water.  Its a desturbing story to say the least.

For the most part, I havn't been discussing the oil spill situation.  There are so many aspects of it that are affecting so many people on so many levels.  I try not to get involved in these discussions.  Most people around me are not very knowledgeable on current events.

I have seen that the experts are burning off some of the oil that has surfaced.  I haven't heard a word about what that is doing to the environment. I am wondering if it is in any way part of the reason so many of our days have been overcast recently.

I hear BP officials trying to make apologies.  Where are their PR people?  Surely they must pay someone a fortune to help them project their image.  Who told the CEO to say he wants to get back to his life?  Who told the BP chairman to call people in the Gulf Coast the "little people"?

How will this earth ever recover from this destruction?  If it does, how long will it take?  I wish that I could see what this majectic country looked like before the first settlers came here. When the buffalo were plentiful and other wildlife flourished.

Most of us can only watch and read about this situation. I have boycotted BP.  That doesn't mean much since I rarely bought gas there anyway.
Posted by Carol- Beads and Birds at 7:07 AM

it's tragic, and it just seems to get doubly worse every day. but the worst part is that it's not the only one, i heard about Nigeria i think it was recently and they have oil gushing up in so many once pristine areas all the time and nothing at all is being done about it. i'd like to go help wash the oil off the birds, but of course i can't.

The poor things. I can just see them all gathering closer to the shores to get away...

This whole thing is tragic and it can make a person feel helpless and hopeless.

One thing that I have found to be a huge help is to focus on what I can do. We don't have to do it all, just do one thing.

Right here in our community, we have animal shelters. Volunteering at one of these places can really lift your spirits! It is also very much appreciated by the animals!

Just a thought. Here's wishing us all a better day ahead soon!!

It is so hard to see the animals suffer. I actually turn off the TV station if they're on or won't read the sad stories. These poor animals are just trying to survive. I just hope something happens soon...Where is St. Francis when you need him! probably shaking his head!

So much suffering - it's a nightmare...

Carol, it is a tragedy but to help with perspective a bit, the above commenter is right, Shell, a U.S. company among others have wreaked havoc in Africa and get away with it. BP has not only apologized. They've spent and will spend billions towards this cleanup while legally they are only responsible for $750 million. Remember our own government over the past 10 years have been passing them on inspections and giving them the permits to go ahead. For the animals it is tragic but it is for the chickens and cows we eat everyday also. They aren't covered with oil but they get to live in their own poop and be bludgeoned to death and caged in tight quarters. The best ATC I saw was on a site raising money for the wildlife of the Gulf here which points out its death whether you are covered in oil or end up in the frying pan.
Also, that man who said "the small people" is not a native english speaker and he used the word small as in the context of the non-powerfull. I think the media was quite small-minded to take that out of the context from which he spoke and run with it. I have heard the BP CEO is the "most hated" man in the U.S. Well I guess he supplants Madoff there and although Madoff didn't hurt the wildlife he intended to scam and steal and hurt people which I don't think this CEO did (who was not even the CEO when this platform was built).
Anyhow, I do feel this is a tragedy but I refuse to run with only the feelings side of it. I will keep my wits about me and realize BP is taking more responsibility than any other group has in the last 10 years.

I feel for the animals. I feel for the ones who are free but get covered in oil and I feel for the ones we catch in nets that aren't covered in oil but toss aside to die because they aren't the right fish for selling. I feel sorry for animals caged in tiny cages for their entire lives just so we can eat them cheaply. What has to be called into question isn't so much BP as our unsatiable appetite for that oil and those animals. The shrimpers have almost killed off the shrimp. Maybe they will actually be able to come back if the fishermen can't fish for a while. It isn't just BP. The enemy is all of us.

Yes, Freebird, I agree with what you have said. As I mentioned, there are many aspects to this situation. I didn't mention my thoughts on any of the political or capital aspects of the situation. I don't disagree with any point you made. I welcome and thank you for your well informed comment.

You are so right about spills in other parts of the world. In my opinion, those companies have not been forced to quell them, as they continue to pour forth, because they have not held accountable. Don't you wonder why we haven't heard much about them in the American news?

Being born in South Chicago, with many trips to see family, we passed by the "Stockyards" where animals were slaughtered for process. I became aware of the cruelty involved at an early age and rarely eat or serve meat.

I totally agree that the enemy is all of us.

It is just terrible what is happening in the gulf. But it takes such a massive event to bring about change - and I feel that change is a-coming and that is a good thing.

But isn't it a shame that we have to go through this before oil companies clean up their acts?

BTW I love the way the leak is on camera for the world to see. Another tool that will bring about change.

Oh Carol, I can no longer watch the news reports of this horrible disaster, because I can't bare to look at all the suffering animals. I too have stopped getting gas at BP stations, and started buying Dawn dish soap for whatever that's worth. I can not believe in this day and age, companies can be so careless, and not have corrective plans that can go into action as soon as something like this happens. It's very scary. God help all those suffering animals. xo Paulette

It is so tragic!! It breaks my heart for our environment, all the marine wildlife and all those that live in the Gulf.

The one thing that enrages me over and over again, just as Paulette mentioned above, is that in this day and age...I can not believe they would drill a well and not have safety measures in place in case of an accident!?!?? I am having the hardest time wrapping my brain around that!!!

I agree with Stoneweaver also that, unfortunately, it seems to take a catastrophic event to bring change. Although sometimes those events don't ever get totally corrected either even when the people send their dollars to help?! When they figure out what the safety measures should be...will they fix the other wells?

You are right, Carol, sadly, there are so many aspects to this situation. And, regarding Freebird's comment...I can't help but agree, "what has to be called into question is our unsatiable appetite for that oil...the enemy is all of us".

Realistically, I understand we need energy and hope we find and use more alternative forms of renewable energy. But until we change our ways, while we are still harvesting oil, we need to be respectful to this earth that we are living on and do it safely!
XO ~Lisa

It's heartbreaking!!! I can't even really talk about it without crying, or being furious!!!!

Thanks for coming by and I'll put your name in the virtual hat for the mystery faerie!

This has my heart weeping.

it breaks my heart, makes me angry, and makes me feel helpless...its all to disgusting to even find words to express.