In recent years, I have been on a quest to eliminate drama from my life. Oh, I know everyone has some amount of drama. But I realized the fix was a difficult decision that I couldn't make.  Circumstances beyond my control brought issues to a head and for the first time in a very long time I am truly in a peaceful place. Add retirement to the mix and ....well .... It's All Good.

So, since I have pretty much been an absent blogger, I want to share a few of the highlights of my year.  Funny how so many of them evolve around my grandkids! 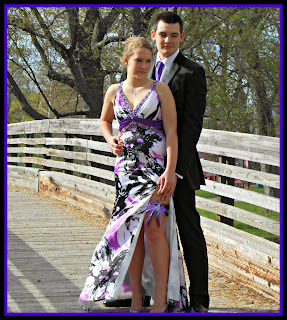 Corey and Brandi have been dated for about a year now. Here is a pic of them before they went to the prom.
Brandi is still in school so I suspect I will share this event with you again next year.  They are such a sweet couple. 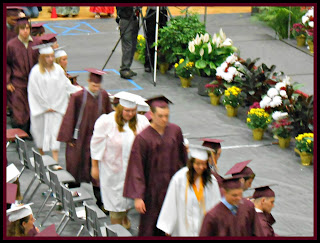 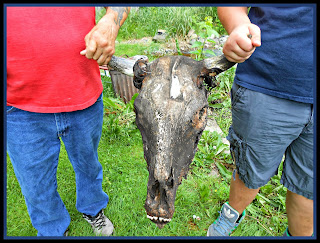 Not a very good pic.  I'll blame that on a new camera that I didn't really know how to set for this distance.  But anyway, a very proud day for Corey and for us too. Did you  breathe a sigh of relief when your kids graduated high school?  There was never a doubt, but still it's reassuring. 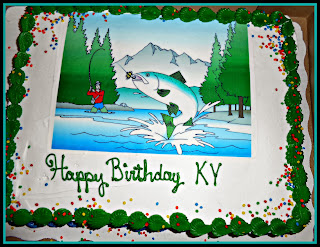 This is quite a story. About 4 years ago, Terry went to a barn sale and saw a cow head curing on the wall and wanted to buy it.  Not for sale, boo hoo.
Ky found out that the barn was owned by the school custodian and asked him if he could buy it.  No..but Marty would let him know when he had another.  Ky reminded Marty often.  Soon Marty was reminding Ky that he would have one soon (which is not really THAT soon).  On Father's Day, Ky asked me to drive him over to Marty's farm.  The head was ready.   Meet Miranda.  She is still curing out by the pond. 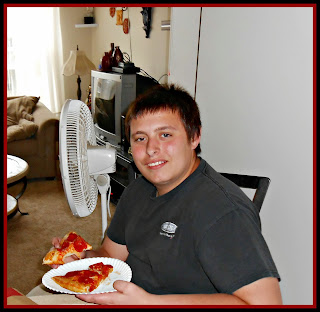 Then in June, Ky turned 16.
His passion all summer was fishing, so of course we got him a fishing cake. 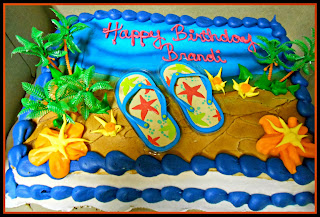 And we supplied pizza for him and several of his friends.  He looks a little grubby because we brought the pizza over after they fished all day. He thought it was a perfect birthday. 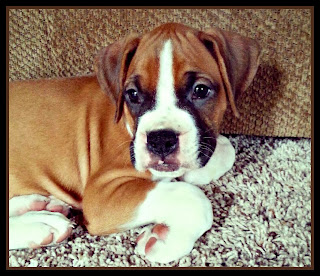 Then in July, Brandi turned 17. She fanatically loves going to the beach so, of course, we gave her a Beach Party.

One thing I didn't mention is that Corey has moved back to our home.  He remodeled two bedrooms to one large one and has made a very cool Man Cave for himself.

Since the start of his boxing training, he has wanted to have a Boxer dog.  So, meet Tyson.  He is absolutely the sweetest pup ever.  He was born on July 4.  This pic was taken on August 24. He was driving Junior nuts wanting to play all the time, but now Junior just ignores him.  No way can he keep up with this pup!

So, there's the year in 60 seconds! Since retiring I have gathered boxes to send off to Goodwill and caught up on some cleaning.  I'll be painting walls next week or the week after. My computer has had the dreaded blue screen twice so I suspect I'll be looking at new computers very soon...this week. AND..I'm  going to try to tackle the weeds again where the bees were/are...hope they are GONE!!

The Countdown Is Done!!

Well, the countdown is done, finally.  I feel like I have lifted a load from my shoulders. A new chapter started?  Certainly.  If I were to name the chapter, I would title it Back To Being Me.

One irritation is that EVERYONE asks "What are you going to do?"

I have been working since I was 13.  My first job was as a carhop.  You are probably as old as me if you remember carhops ~lol~.  At least I was introduced to the work force with a really fun job. I was lucky to have a couple of fun jobs in my life. So what am I going to do now ?  WHATEVER I WANT!!


I vow not to make a list of things I need to get done.
I WILL do daily chores like laundry, cooking and cleaning.
I will PLAY in the yard....you may call it weeding etc.
And I will create, read, and redecorate whatever and whenever I want.
My new Mantra is "Whatever I Do Is Enough". 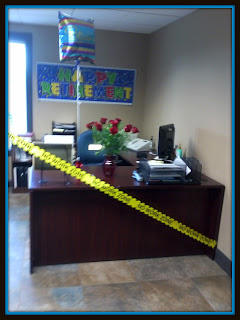 Cullip Industries gave me a very nice going away.
I told John I refused to think of it as a party because I was leaving ~lol~. I know they will miss my knowledge and experience.

I came to work Thursday to find my work area decorated. John called it retaliation for all the times I decorated his area when he came back from vacation.  Like the time we moved empty boxes in his office and called it the new stock room.

He invited the entire shop to lunch at a local Italian restaurant. We ate well and several contributed memories they had of things I had done or said.  I was blushing...it was a lot of fun and a very nice send off. And I received a very generous gift from Cullip. 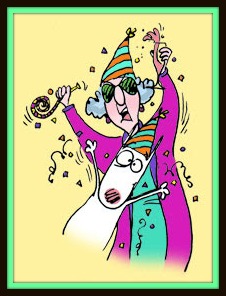